Today, let’s talk about “HAVE WE BECOME UNGOVERNABLE?”

A few days after the tragic school shooting in Newtown, I dropped my car off for service and was driven to work by the dealership’s porter. He said we needed to place armed guards in schools, many days before the silent period of great soul searching and original thinking yielded the same question. I sense the porter’s politics are deeply conservative so I asked him “Great idea – how do you plan to pay for it? since you want to reduce taxes even further and want to shrink government to do this, where do you suggest we look for the money?? Well, he didn’t have an answer and agreed that was a problem.

And, that is the problem – the whole, entire, and complete problem. We want lower taxes. We want smaller government and less government intrusion into our lives but every time there is a problem or a crisis we ask one of two questions. We either ask “How could this happen – where was the government (or pick your agency name) or we ask, “What is the government going to do about this?”
A big storm flattens half of New Jersey – who is out there praising the President and hoping to drain the Fed’s coffers? Why none than that scion of conservatives, the hero (up until then) and great shining hope for the future of the GOP, Chris Christie. Oil well runs away in the Gulf, gas pedal sticks on our Toyota, too many potholes in the roads, flight delays due to ATC congestion, Social Security checks, Medicaid benefits, terrorist threats – who do we call – the government.
The great paradox is this: we want the government to protect us from all harm and inconvenience but we want it to shrink and we don’t want to pay or pay as much for it. Basically, we want all encompassing perfection at dollar store prices. What makes maters worse, while there is near universal agreement that there needs to be some sacrifices made to address the deficit, universal greed is insisting sacrifice is good so long as it comes out of the other guys piece. As a geezer in waiting, I am getting bombarded with emails foretelling doom if cuts are made to Social Security or Medicare. Corporations are lobbying to preserve all their tax cuts, shelters and subsidies. Every special interest group with a shill in Washington is lobbying to see that no one messes with their government handout or program.
We want more and more from government while wanting to pay less and less. WE have a growing population demanding more services. We have become ungovernable. We have presented the President and Congress with an impossible task – offer complete and perfect services from an organization that is broke and sinking further into debt without increasing revenues and taking anything away from anyone.
We will never solve this nation’s budget woes unless we as citizens become realistic in our expectations and not present our leaders with an impossible task. We can’t expect them to govern the ungovernable. 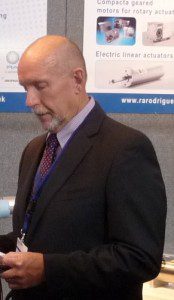