“How to survive the election without losing your friends, giving yourself a stroke and making a wise and informed choice when you vote”

Welcome to CEMA’s political blog.  I have entitled this column All in the Same Boat since the vast majority of us are just that, all in the same boat.  Unless you are one of the very privileged few with more billions than I have years, which are a lot, we share the same concerns.  We want to be safe, we want financial security and we want the best for our children.  I consider myself an American first and party member….well, in my case…I don’t belong to either.

So the first rule of surviving this election cycle is be an American First.  You can be a party member second, third, fourth, fifth, or better yet, not all, simply form your own opinions.  Friends and neighbors who hold opinions that differ from yours are Americans, too.  They want to retire, they love their kids and they want to safely navigate the streets and skies of this country and others.  You may disagree with him or her but they are not the enemy.  The enemy is the deficit, poverty, disease and those nations that seek to do us harm.

This cleverly leads us to the second rule.  Do not demonize those you disagree with.  Many of us recoil at the invective politicians hurl at one another; the partisan practice of demonizing the other side and heaping scorn on them like snowflakes in a blizzard.  This is perhaps, a poor analogy since snowflakes do not possess the ugliness and inflict the pain that personal attacks do.  But, back to the point, we hate the negative campaigning but have you ever read the nasty, hateful things people say to one another in the comments chains of new articles?  Do you have friends who have un-friended each other on Facebook?  I think the politicians have learned their bad behavior from us and not visa-versa. Or, at the least, our bad example gives them license to follow our lead.  It’s OK to agree to disagree.  When your spouse asks if an outfit makes them look fat, a wise person frames his response and parses his words carefully.  Try to do the same when you disagree over politics.  Likewise, ask that you be accorded the same respect and courtesy.  This might catch on.  Why it might even spread to Congress and the Executive branch and encourage them to act in concert to solve our common problems.

Finally, the third rule: don’t walk into the voting booth without having done your homework and armed only with some sound bites or internet rubbish.  My dad flew 41 missions in the South Pacific over a period of three years.  He was one of millions that have fought over the 250 years of our nation’s history so we could vote.  Don’t you think that the least you can do is expend some serious effort to find out what the truth really is?  Rush Limbaugh, Rachel Maddow and their counterparts on the extreme left and right are not sources of information; they are entertainers and shills.  Sound bites don’t tell the whole story and robo calls are just a total crock.  Politicians lie, spin, and choose their facts. Armies of advisors whose job it is to influence you, not inform you, are coaching them.  One campaign stated they would not be steered by the fact checkers.  Really?  Has lying and spin become so overt and acceptable that someone seeking office would even dare to say something like this?

Good people, great heroes, fought and died so you can vote.  Try honoring their sacrifice but putting some real time into preparing to vote. Read newspapers and magazines and remember the op-ed pages are opinions not facts.  When anyone, politician, friend, or acquaintance says something, verify it on fact checker site like Snopes or Fact Check.  Voting is a privilege, treat it like one and don’t be a stooge for someone else’s opinion. 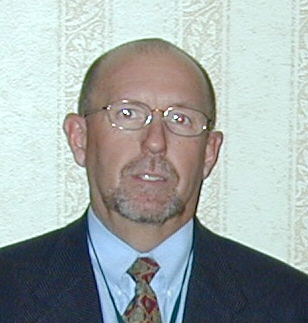